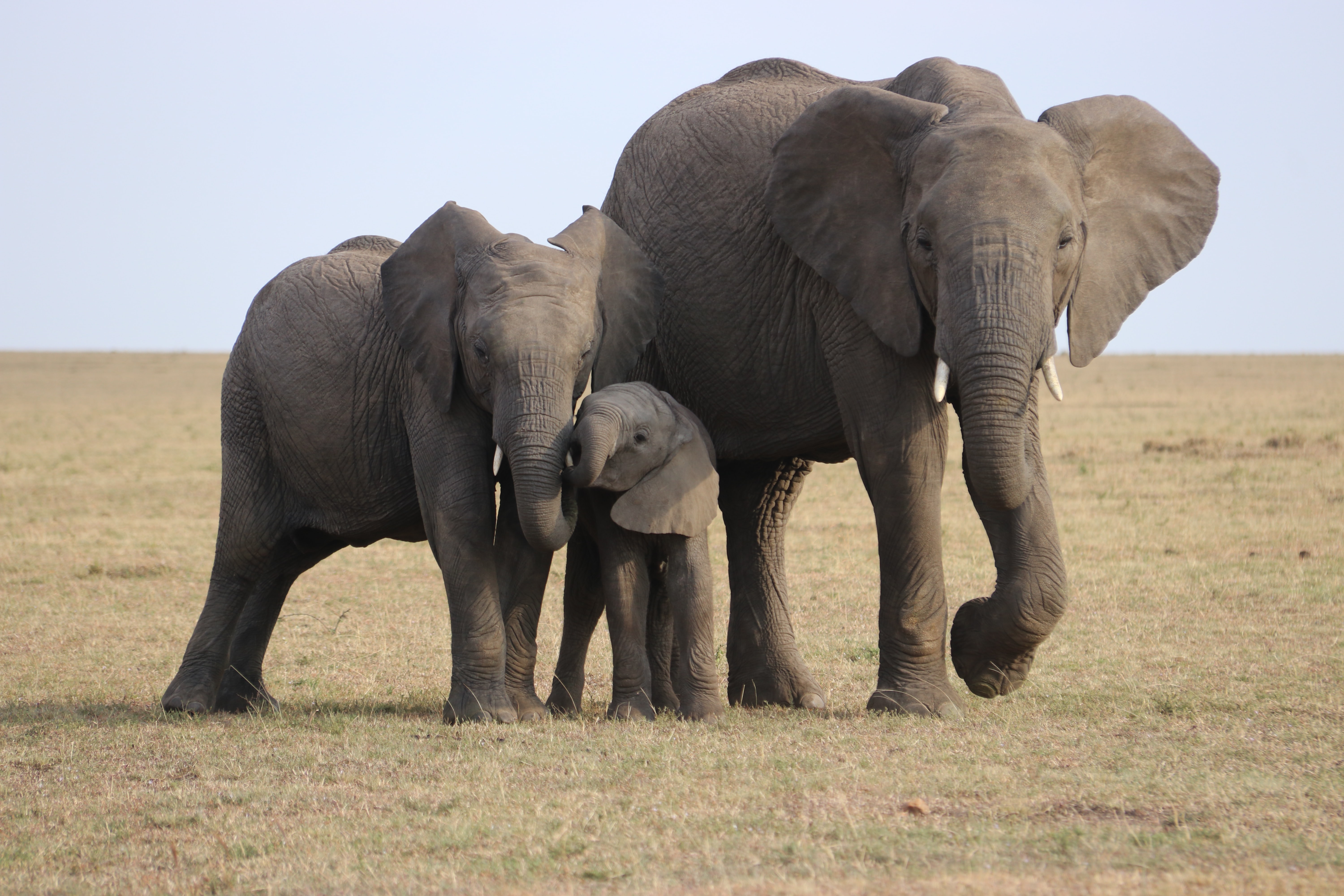 Some of Africa’s greatest wildlife viewing comes together for 16 days of outstanding adventure in the wild. Trek into the Rwandan jungle for the rare opportunity to watch a gorilla family in its element, head out in search of playful chimpanzees in Uganda, and get immersed in the natural realm of elephants and rhinos in Kenya. Watching the world pass you by has never felt more freeing or profound. 16 Days, Kigali to Nairobi

Arrive at any time. Arrival transfer is included. If you arrive early, take some time to explore the city, known for its pleasant, friendly atmosphere. Kigali also has some interesting and historic sites outside of the city. If you want more time to explore, we recommend booking a pre-night. 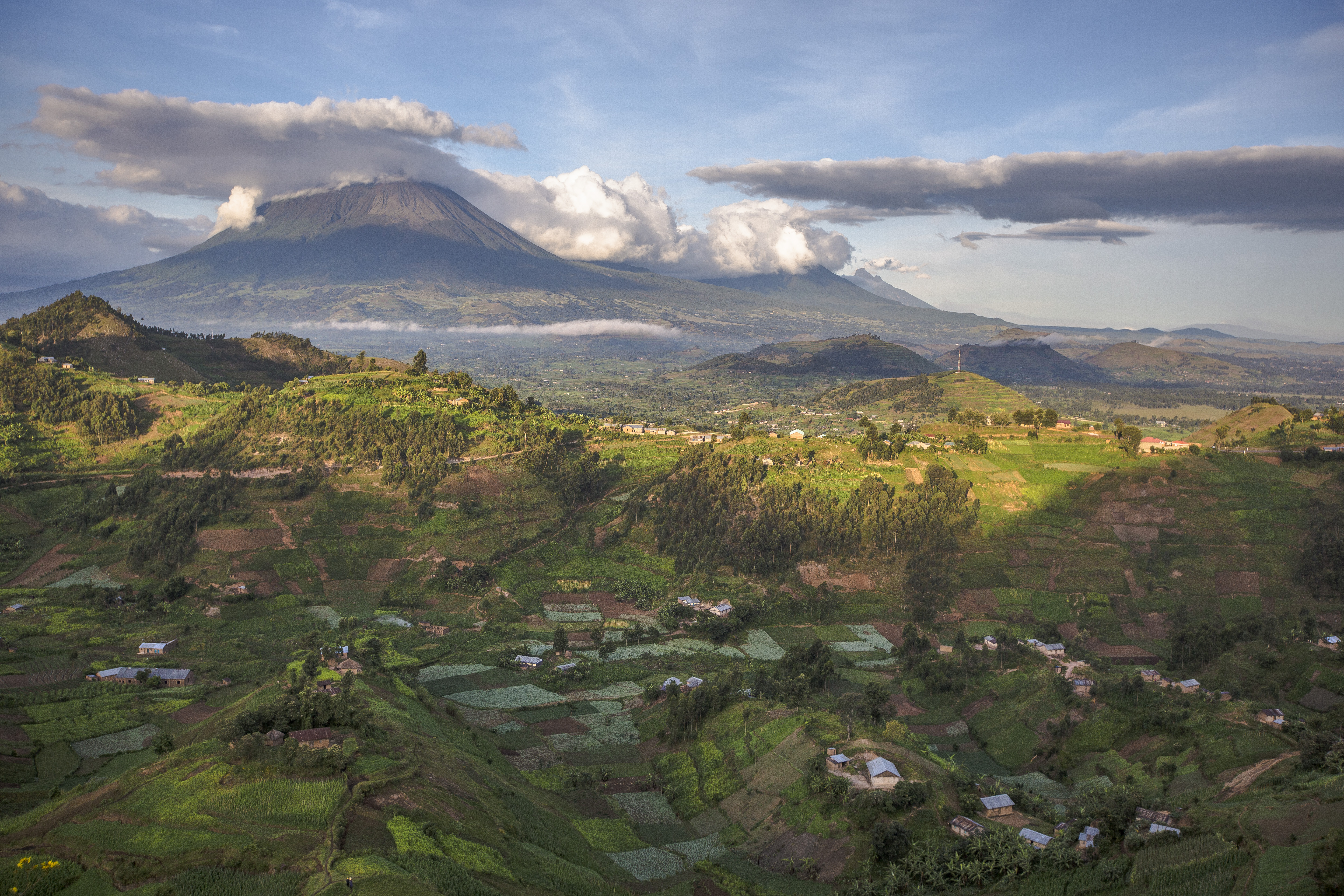 Visit the Kigali Genocide Memorial and pay your respects to the victims of the 1994 Rwandan genocide, learning about this somber chapter of the country’s past. Later, embark on a community walk in the vibrant Nyamirambo township and enjoy a local lunch at the Nyamirambo Women’s Centre. Travel to northern Rwanda in the afternoon and settle into our lodge, located at the edge of Volcanoes National Park and offering stunning views of the soaring peaks. Volcanoes National Park borders Virunga National Park in the Democratic Republic of Congo (DRC) and Mgahinga Gorilla National Park in Uganda. Five of the eight volcanoes in the Virunga Mountains can be found here. The volcanoes and highlands of the park are covered in lush rainforest and bamboo (a favourite snack of the gorillas). While the most famous resident is the mountain gorilla, there’s plenty of other wildlife roaming around: buffaloes, bushbucks, golden monkeys, hyenas, numerous bird species, and some elephants call this place home. Set out on a trek in lush, jungle-covered hills with a park ranger to track a unique and endangered species—the golden monkey. Observe these playful, curious creatures in their natural habitat; then visit the Karisoke Research Center, founded by National Geographic Grantee Dian Fossey. Meet with a resident researcher to learn about ongoing efforts to protect endangered mountain gorillas, and deepen your understanding of these gentle giants at a talk by one of the park’s head wardens. Only 1 hour is spent with the Golden Monkeys to ensure their protection and conservation. Embark on an unforgettable trek through the jungle alongside a park ranger to search for mountain gorillas. When we come across a group of gorillas, witness their fascinating social dynamics up close. Note that these treks can vary in length and difficulty depending on the location of the gorillas. Return to our lodge for lunch, followed by a visit to a local village to catch a glimpse of daily rural life. Approximately 800 mountain gorillas exist globally in the wild today. They are found in Rwanda, DRC, and Uganda. In DRC and Rwanda, gorillas live in similar ecosystems/areas. The gorilla species found in these three areas are called highland gorillas. In Rwanda there are ten habituated gorilla families that are open to visits – the visit to a gorilla family is done once per day, with a maximum 8 trekkers per group and the duration of a visit is limited to one (1) hour with the gorilla family. The time spent with them is limited due to conservation considerations and to minimize impact on the day-to-day life of the gorilla family you are visiting. It is important to be well prepared for the trek — you never know if your total trek will be short or long. The total duration of a trek can vary and be anything between 4 and 9 hrs in length depending on the location of the gorillas, which are constantly moving. You will mainly walk where there are no paths apart from the occasional buffalo or elephant trail. 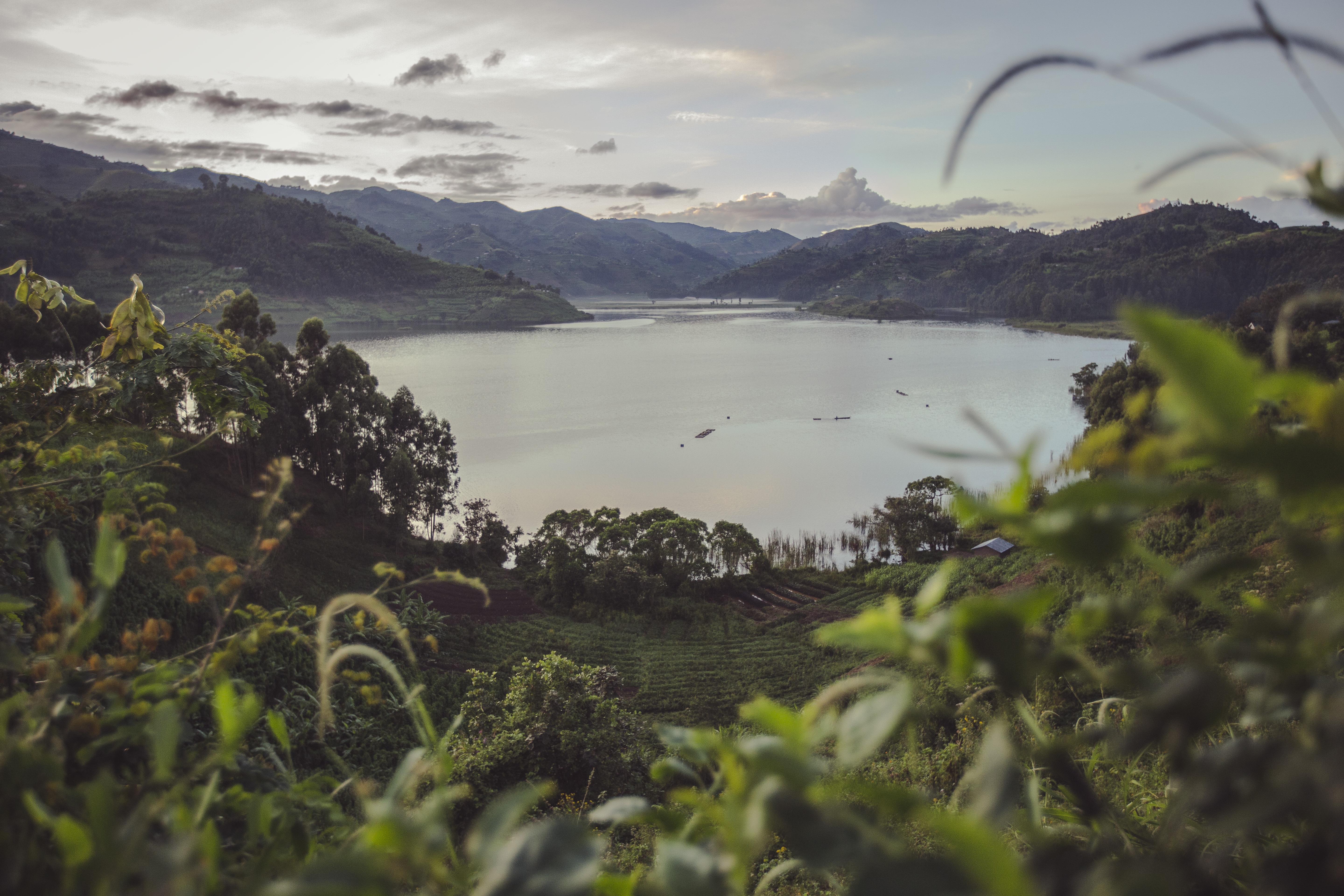 After breakfast, cross into Uganda on a 4x4. Arrive at our lodge near Queen Elizabeth National Park, one of the largest and most popular parks in Uganda. Queen Elizabeth National Park is characterized by open savannah, large areas of swamp around Lake George, the extensive Maramagambo Forest in the southeast, and the forested Kyambura Gorge along the border with Kyambura Game Reserve. 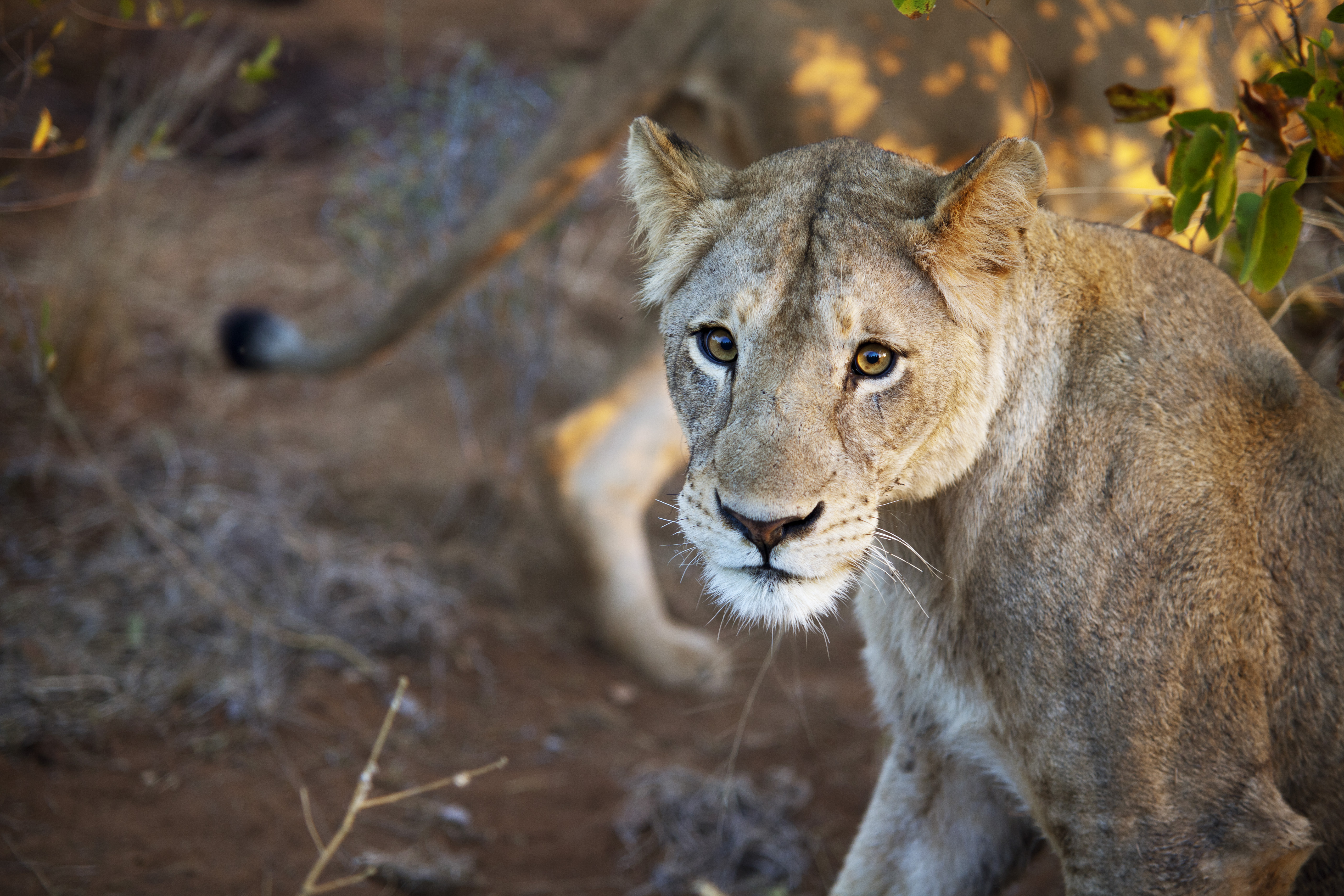 Explore the verdant Kalinzu Forest Reserve with a ranger, looking for the chimpanzee families that call this protected area home. Learn about the habits and social activities of these endangered primates—our closest relatives in the animal world—and gain insights into current efforts to protect them. This afternoon, visit Queen Elizabeth National Park for a safari through rolling savanna and shrubland, keeping your eyes peeled for buffalo, elephants, leopards, lions, and hyenas. 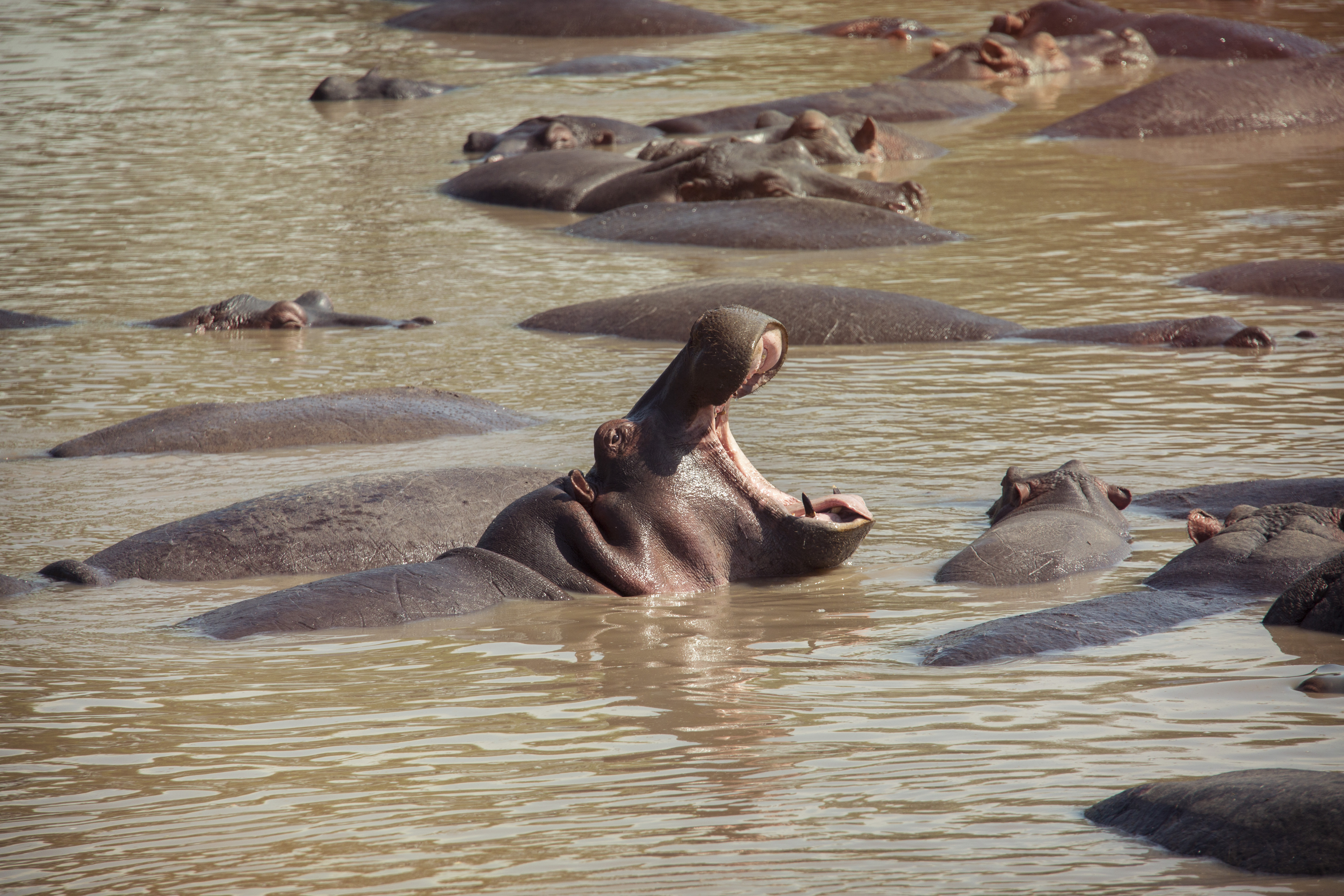 Head out on a morning safari through the park, dotted with acacia trees and covered in swathes of rainforest. Spot hyenes, warthogs, antelope, and, with luck, some of the African “big five.” Then float down the Kazinga Channel on a boat safari. This natural channel connects two of the park’s lakes and draws large numbers of wild creatures to its shores, including hippos, crocodiles, and a plethora of birds. 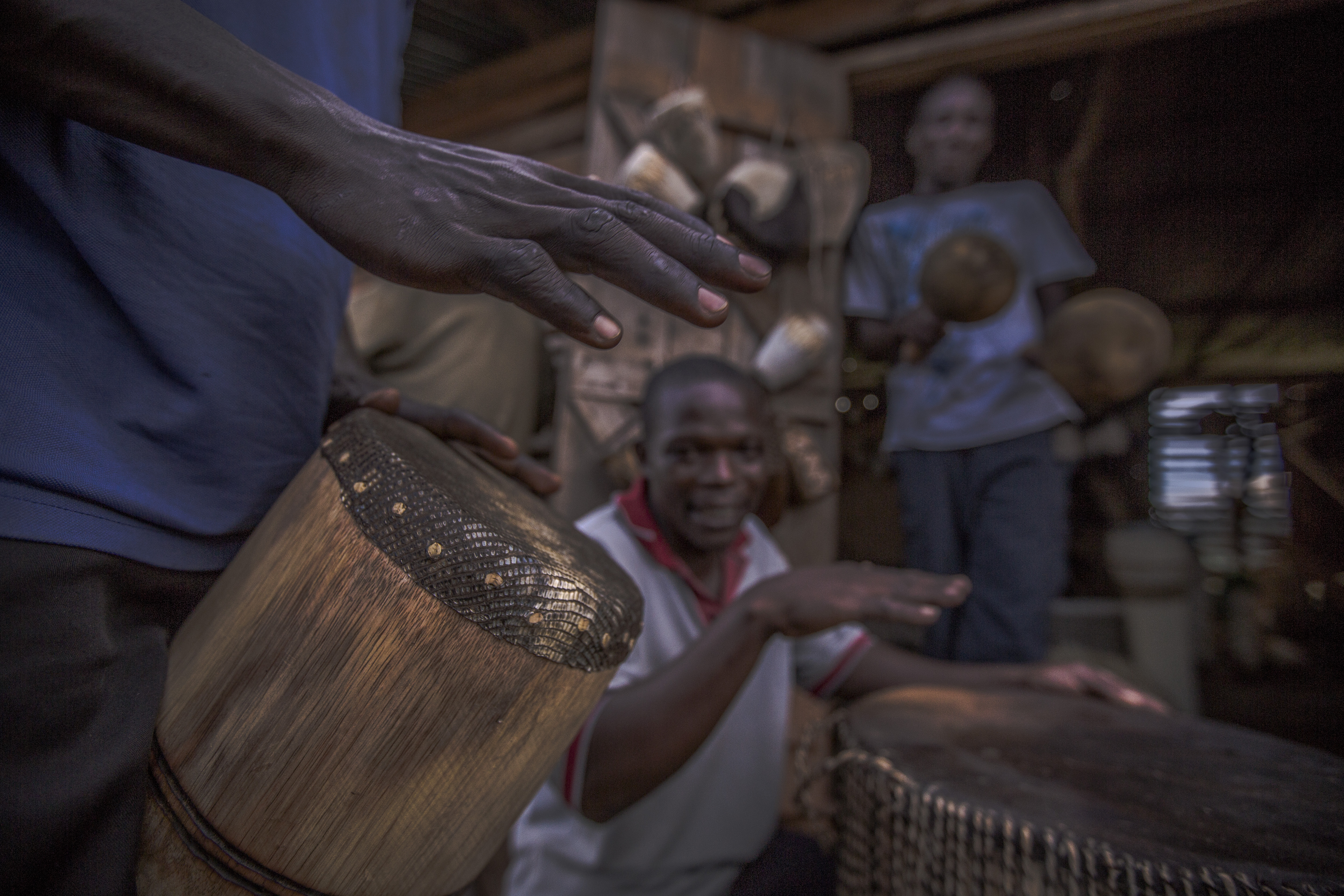 After breakfast, head to Entebbe, stopping en route at the equator; Uganda is one of the few countries in the world where you can cross this imaginary geographical line on land. Observe how water swirls in opposite directions on either side of the equator and have lunch at the AidChild Equation Café & Gallery. Later, visit a drum-making workshop and enjoy a musical performance.

Catch a flight from Entebbe to Nairobi and transfer to our hotel. After your flight, transfer to the hotel. Take some time to explore Nairobi before meeting your group back at the hotel for a second orientation meeting. Here, you will meet your Kenyan Leder for this duration of the tour, and new travellers that may join you for the rest of your journey. 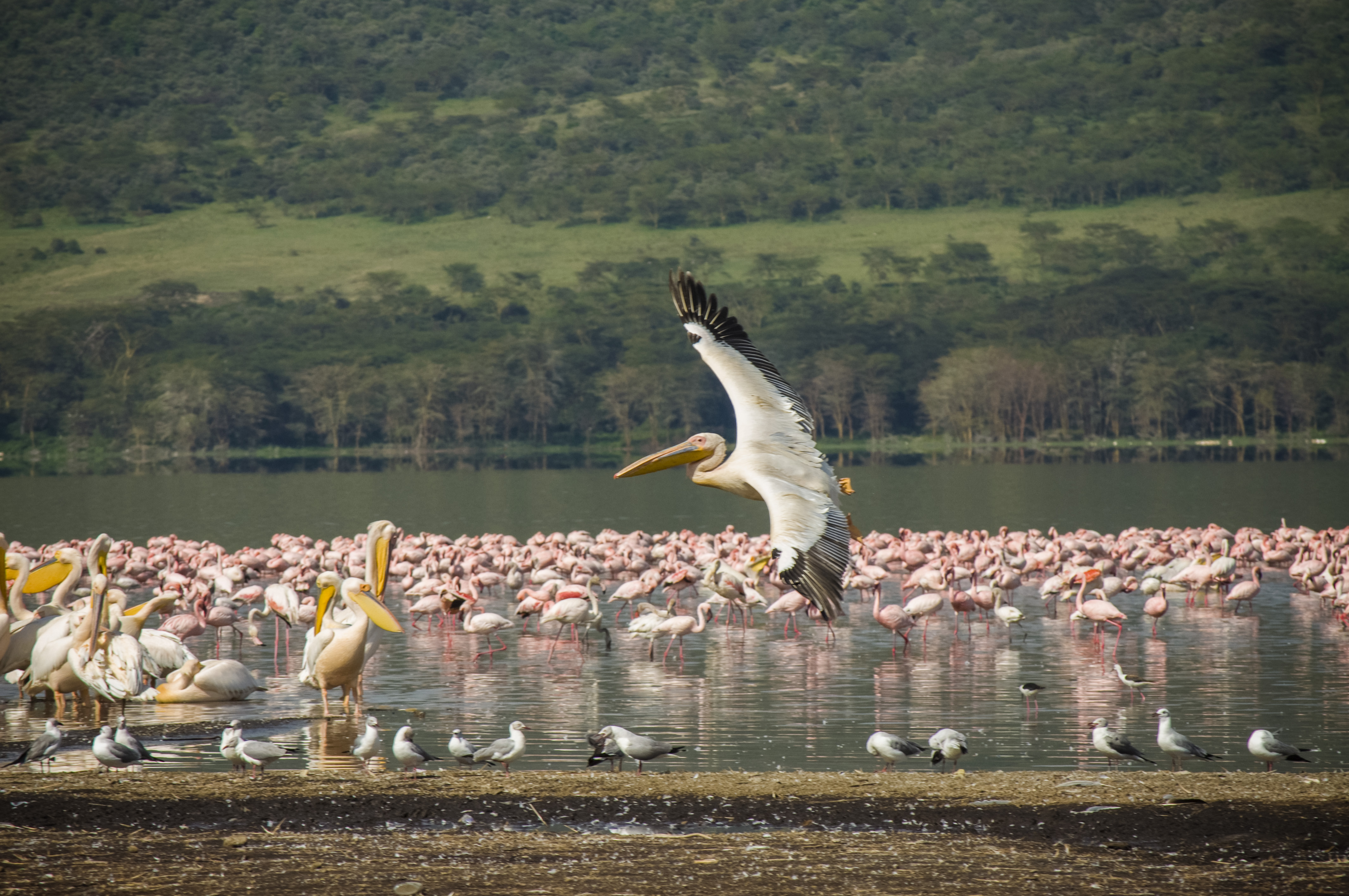 Depart early for Lake Nakuru, known for harbouring flocks of pink flamingos and a rich variety of bird species. Arrive at our safari lodge inside Lake Nakuru National Park in time for lunch, and seek out the resident rhinos on a late afternoon wildlife drive. 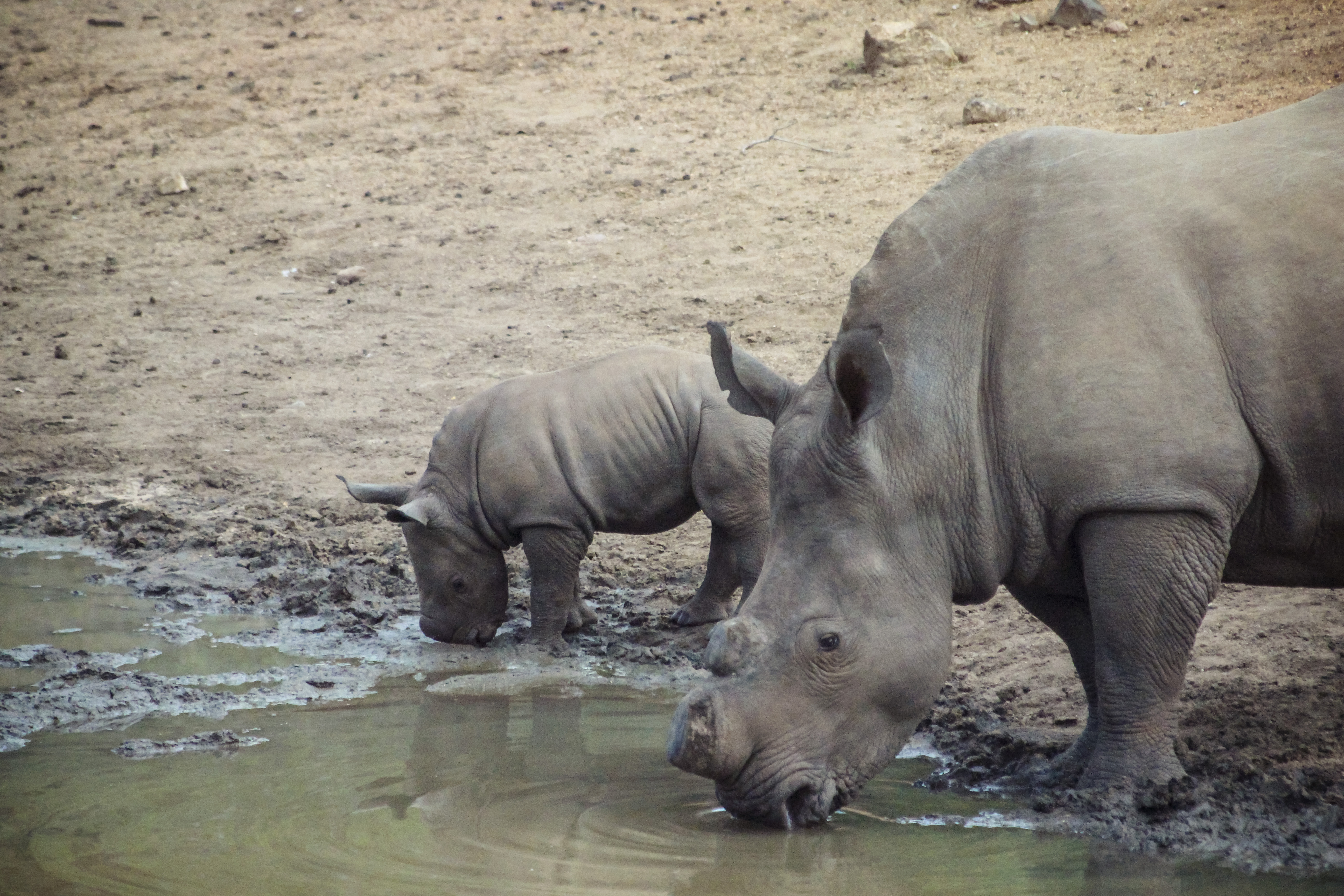 Set out on morning and afternoon safaris through the picturesque park, searching for rhinos, buffalo, impalas, lions, and more; and drive along the salty shores of Lake Nakuru to discover a mind-boggling variety of birds. Later, hear from a representative of the Kenya Wildlife Service (KWS)—a government institution dedicated to managing the country’s wildlife—about the issues surrounding poaching and rhino conservation. 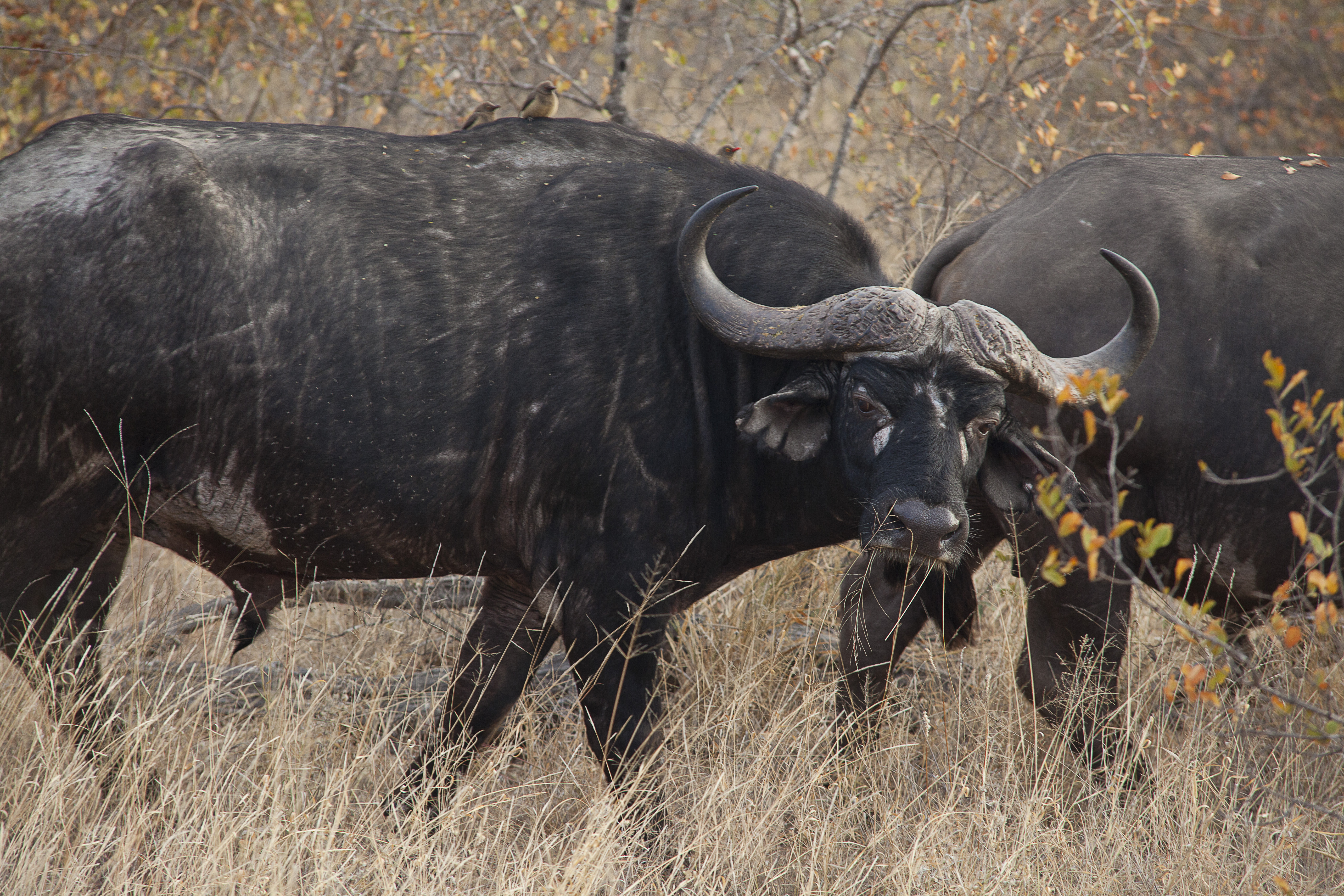 Head south through the Great Rift Valley to Lake Naivasha, a large freshwater lake surrounded by grassy banks and olive trees. Cruise the lake on a boat, watching for hippos, crocodiles, and buffalo; and peer through your binoculars to spot lovebirds, ibis, and the African fish eagle. Step ashore at Crescent Island—a peaceful wildlife sanctuary located in the middle of the lake— and enjoy a guided stroll in search of wildebeest, zebras, and giraffes. The name Naivasha comes from the Maasai “Nai’posha”, which means “rough water”, though Lake Naivasha is generally calm as we watch for hippos, crocodiles, and birdlife. Bring your binoculars and scan for lovebirds, ibis, and fish eagles, watch buffaloes wallow in the swamps and listen to colobus monkeys call from the treetops.

Travel to the legendary Masai Mara National Reserve and settle into our comfortable tented camp, located in the heart of the reserve. Head out for an afternoon safari through vast, acacia-dotted plains, driving past throngs of wildebeest, zebra, and giraffes; and keep an eye out for lions, elephants, and the rest of the African “big five.” In the evening, relax at the camp and enjoy scenic views of the rolling plains. After breakfast, we depart for the world famous Masai Mara National Reserve. No trip to Kenya would be complete without a visit here. In the afternoon, we will arrive in the area, and get settled at our safari camp, our base for our time here. Then we’ll make our way into the reserve for an afternoon wildlife safari drive, with excellent chances of seeing the "big five": buffalo, elephant, leopard, lion, and rhino. 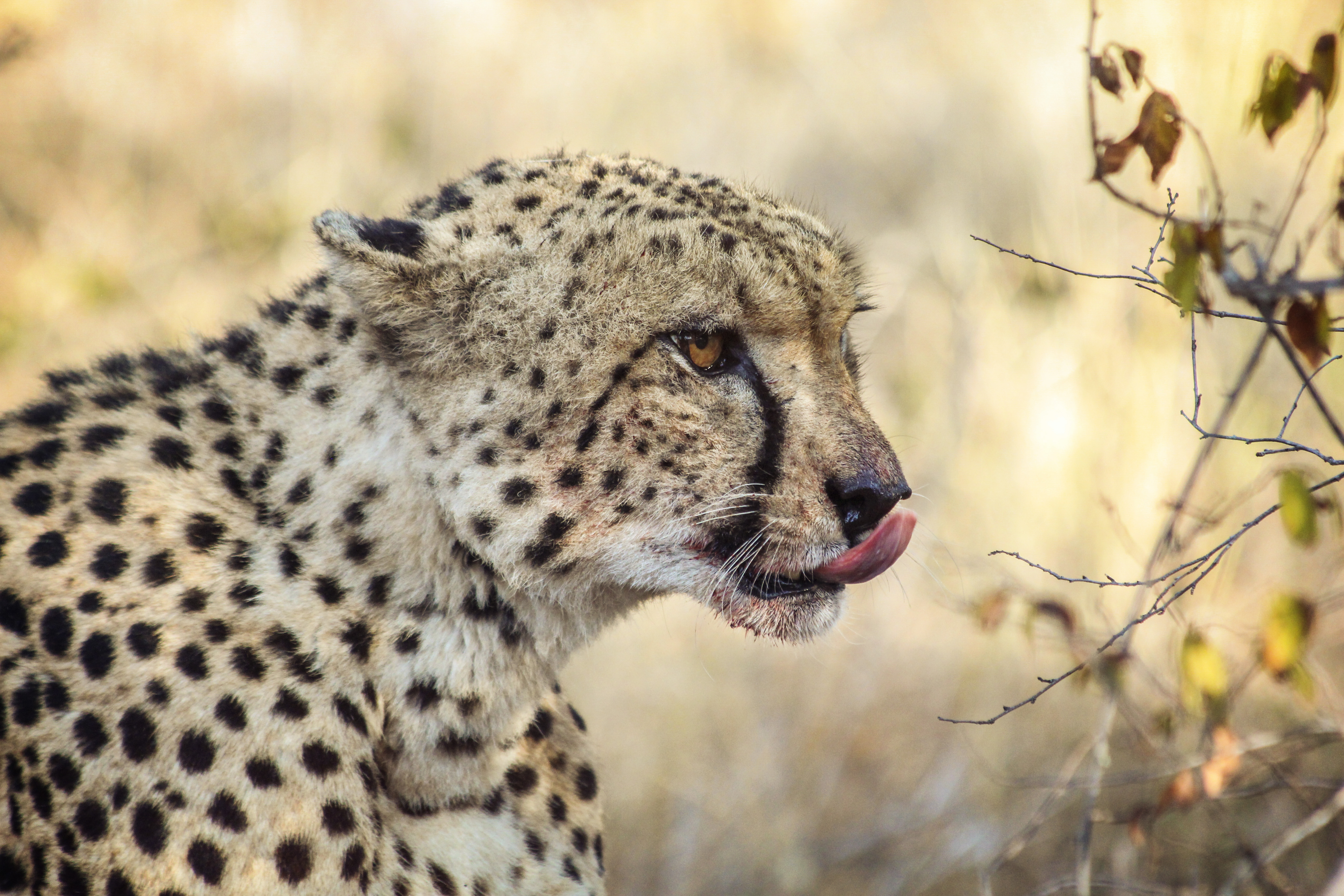 Venture out on an early morning safari to track the animals that traversed the savanna during the night. View ungulates like Thomson’s and Grant’s gazelles, topi and eland antelopes—as well as their stealthy predators—at one of their most active times of the day. Continue your exploration on a late afternoon safari, discovering the timeless landscapes of Masai Mara.

Witness a breathtaking sunrise over the savanna during your final safari in Masai Mara, and head back to Nairobi. Stop en route at Café Ubuntu, a G Adventures–supported project that trains and employs local women and mothers of children with disabilities. Visit the craft centre to meet some of the women who create the wares sold there, then sit down for a delicious farm-to-table lunch. Rise early for a final morning wildlife safari drive, enjoying the African sun as it rises over the savannah of the Mara plains. Return to Nairobi in the late afternoon and opt to join a farewell dinner.

Depart at any time.

• Learn about Rwanda’s somber past at the Genocide Memorial

• Look out for gorillas during guided treks

• Meet with scientists at the Karisoke Research Center

• Cruise the Kazinga Channel to view hippos and birds

• Venture by boat across Lake Naivasha