Into and Out of The North West Passage

Read this interesting article on 7 facts of the northwest passage, written by the Royal Geographical Society.  This amazing journey is available starting in Kangerlussauq, Greenland to Kugluktuk, NU, Canada - or vice versa. The westward journey starts in late August and the eastward journey ends in late September. 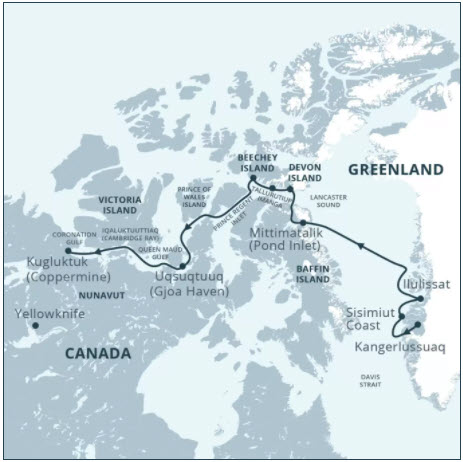 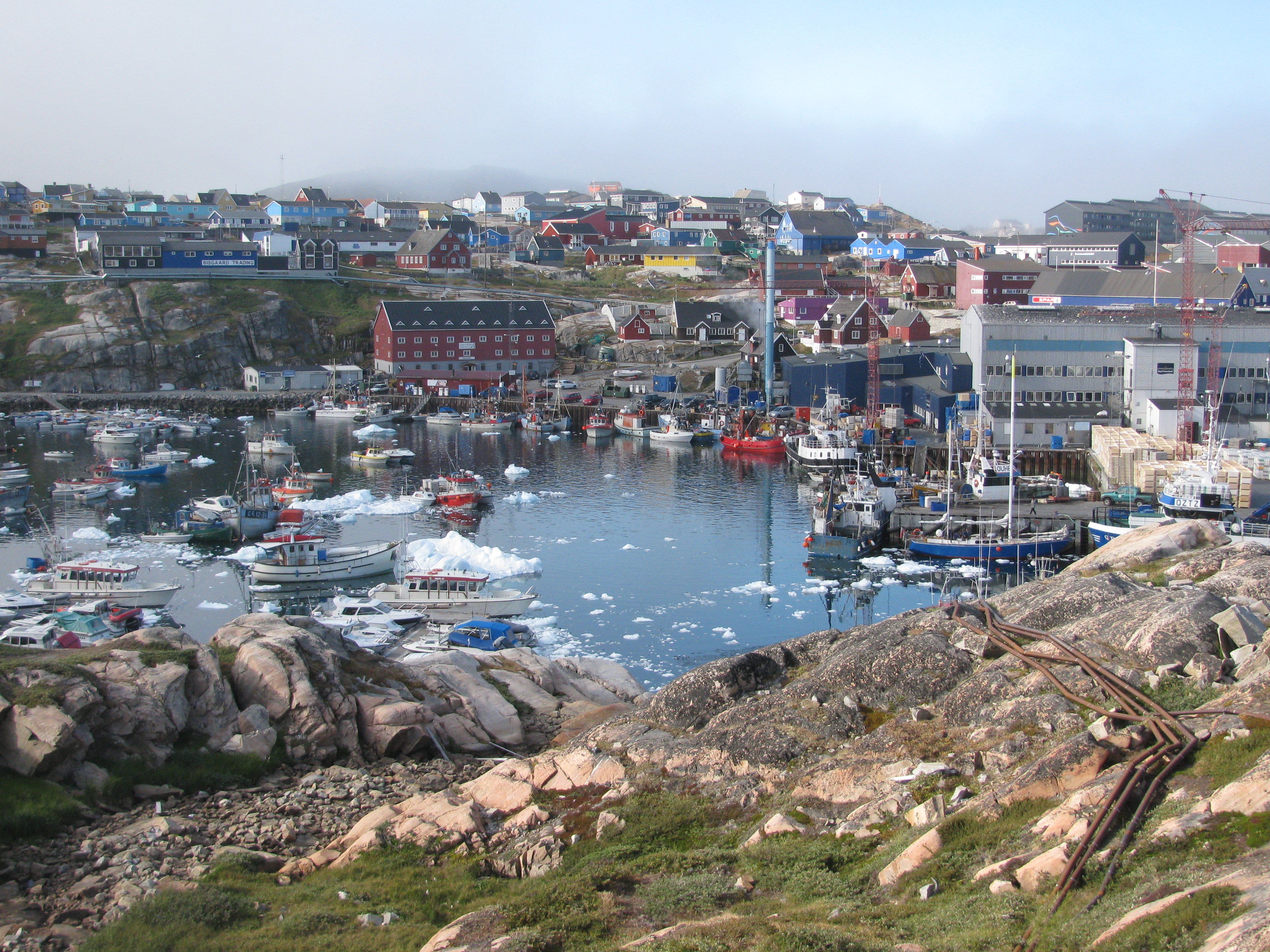 Kangerlussuaq is a former U.S. Air Force base and Greenland’s primary flight hub. After our charter flight from Toronto, ON we will transfer to the Ocean Endeavour by Zodiac.

With 190 kilometres of superb scenery, Kangerlussuaq Fjord (Søndre Strømfjord) is one of the longest fjords in the world. We begin our adventure by sailing down this dramatic fjord, crossing the Arctic Circle as we go. 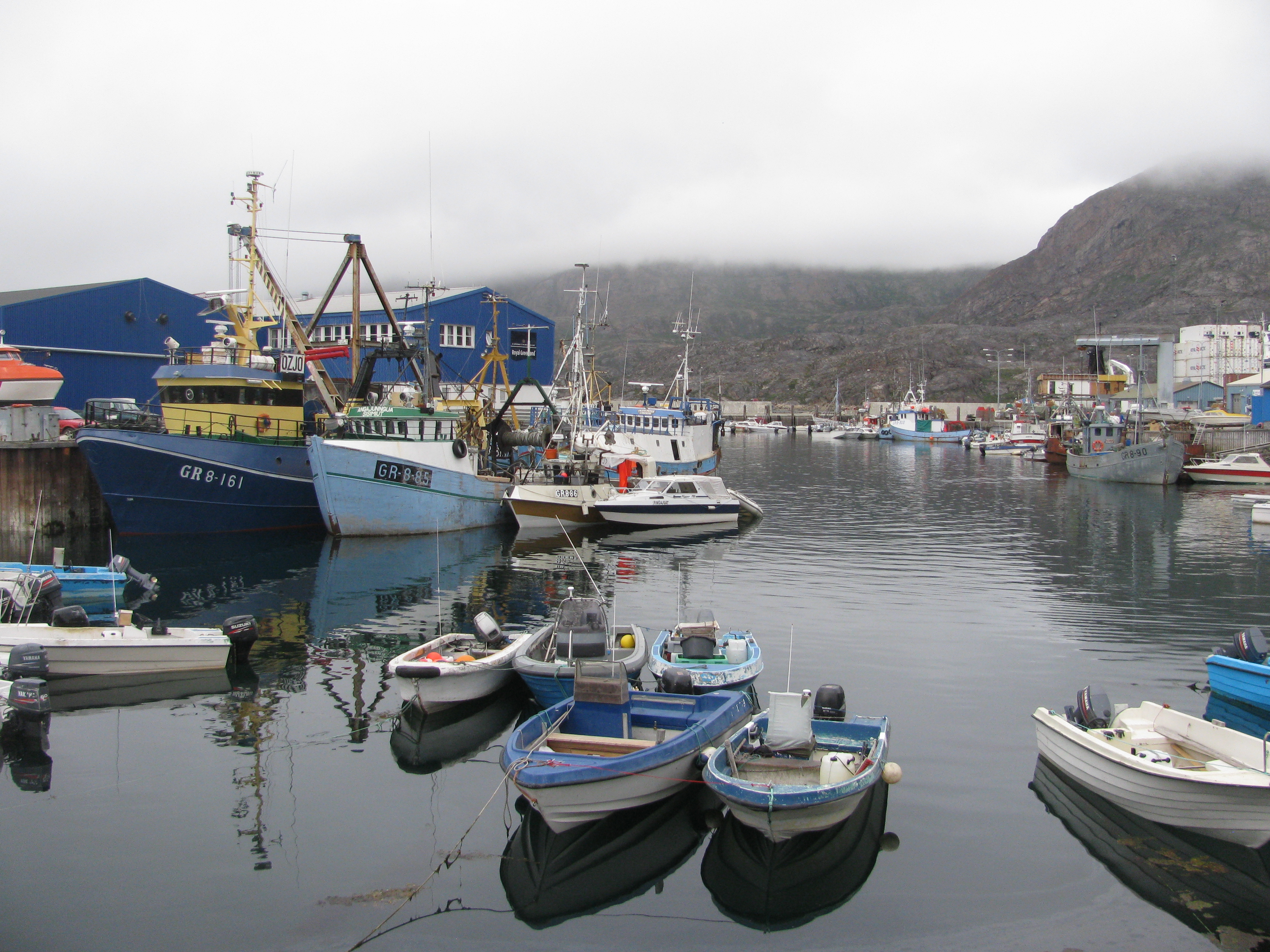 Today we sail west Greenland’s complex coastal waterways, which include glaciers, islands, and fjords against a towering mountain backdrop that we'll explore by ship and by Zodiac. The waters are relatively warm here, due to the West Greenland Current and the subarctic location. Abundant fauna and marine life have supported human habitation here as far back as 4,500 years. 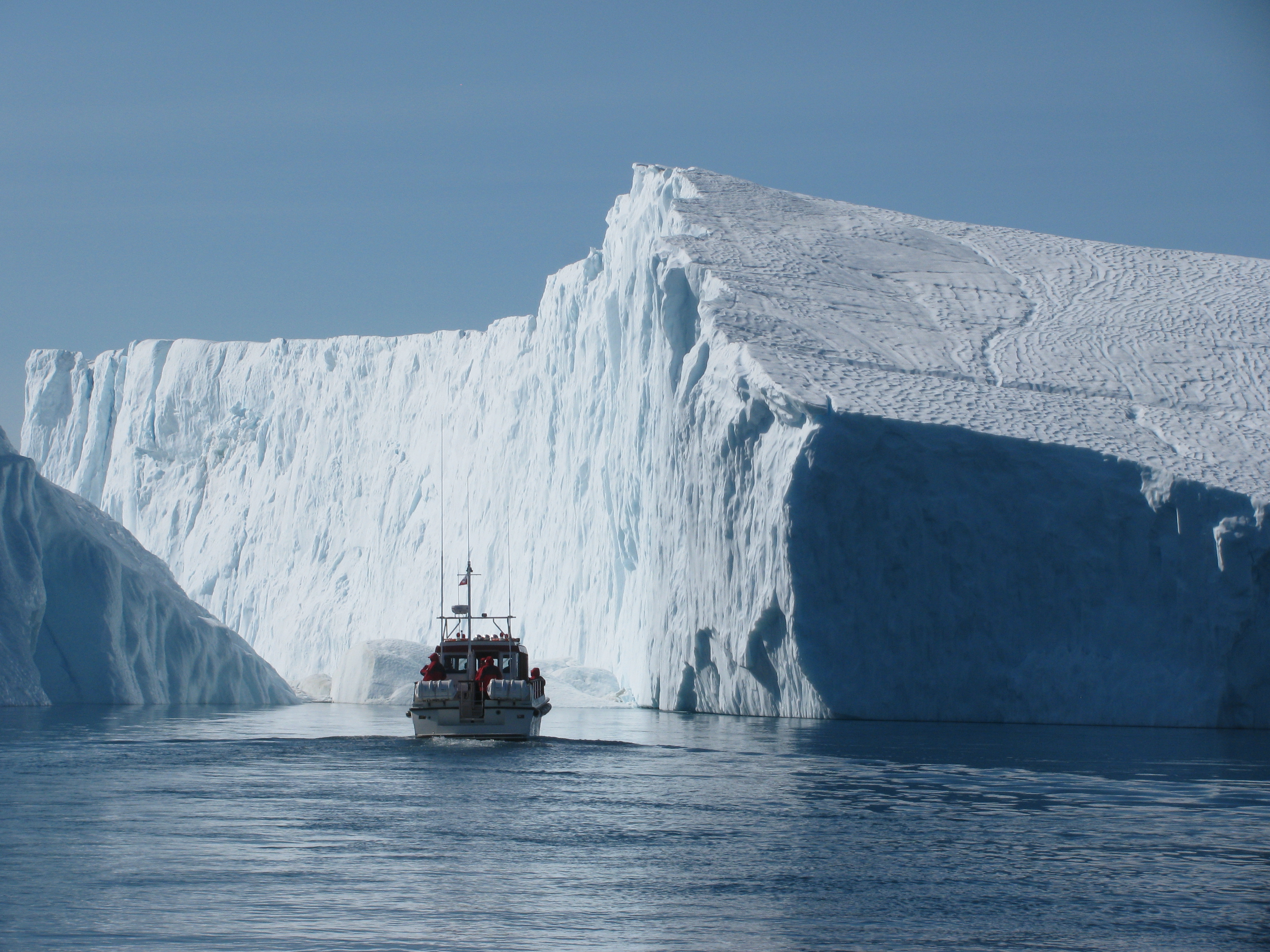 Ilulissat translates literally to “iceberg”—an apt name for this site at the mouth of the Ilulissat Icefjord, a UNESCO World Heritage Site. The icefjord is the outlet of the Sermeq Kujalleq glacier, a source of many of the icebergs in the North Atlantic.

Here, we will cruise in our fleet of Zodiacs to appreciate the icebergs and visit the town of Ilulissat with its museums, cafes, craft shops, and busy fishing harbour. 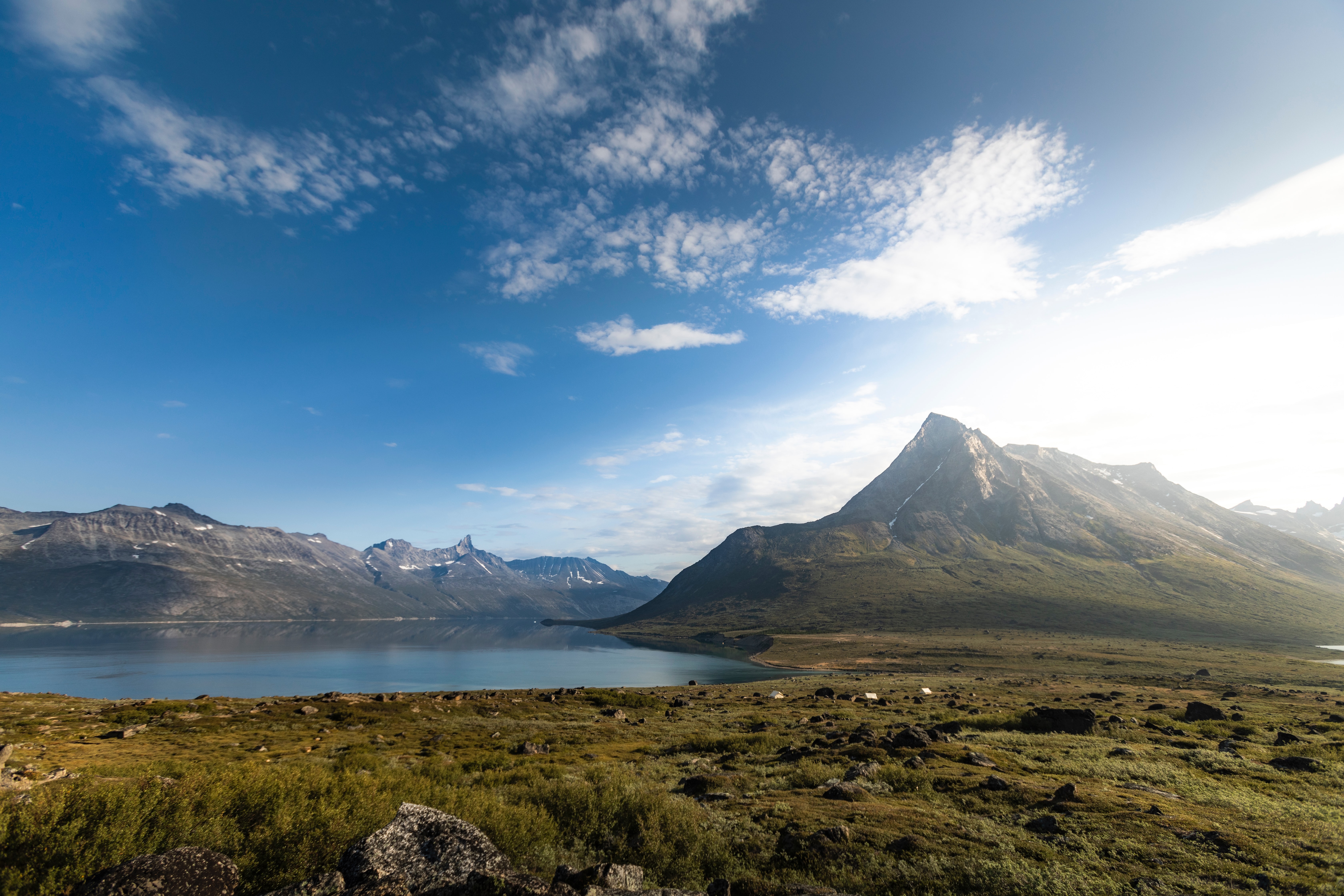 Exploring by ship and Zodiac along the west coast of Greenland, we have numerous options for expedition landings to make the most of weather conditions and wildlife sightings. Departing Greenland, we cross the Davis Strait toward Nunavut. 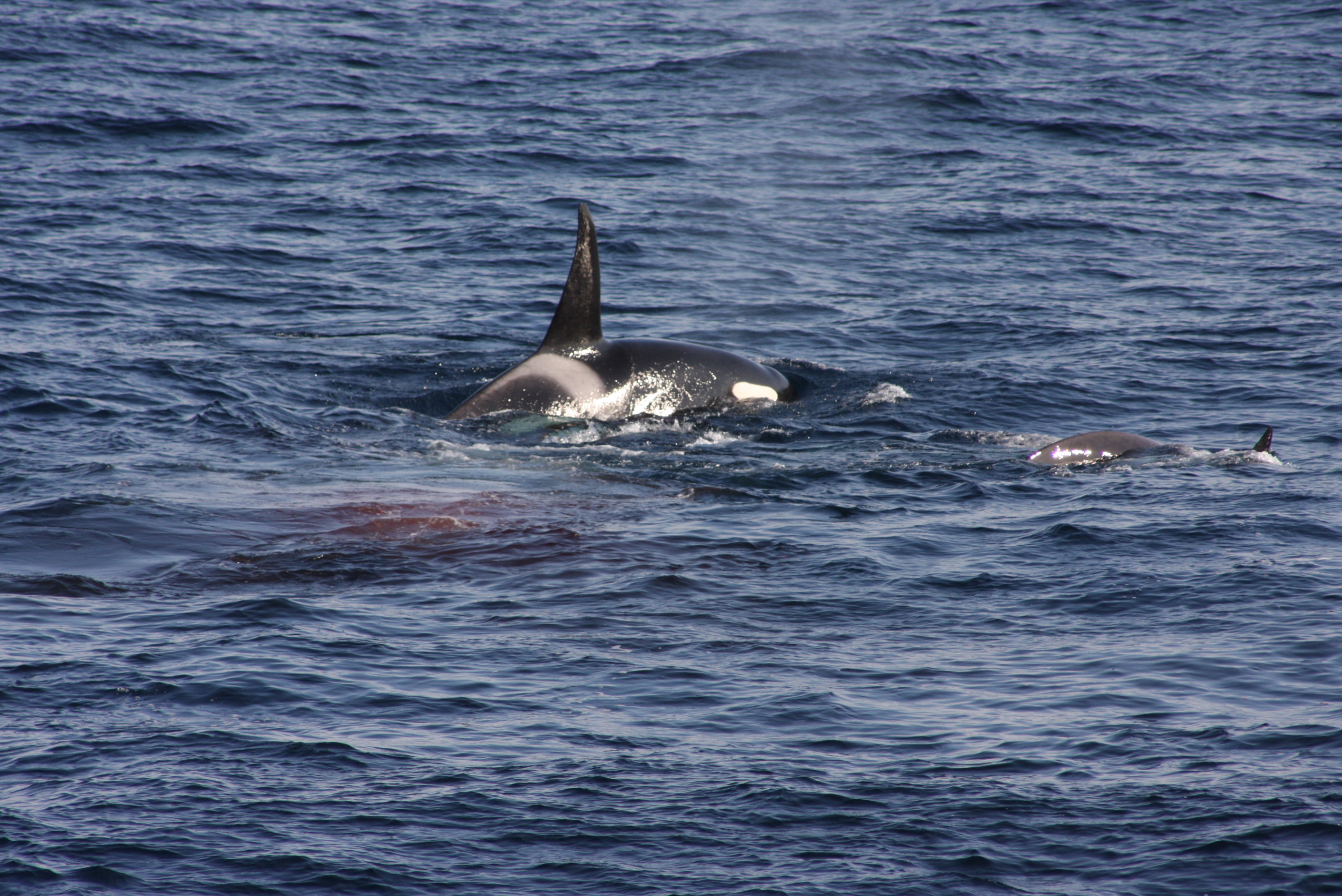 As we steam toward Nunavut, our expedition team will deepen your understanding of the Arctic. This is an excellent time to enjoy workshops, watch a documentary, or get out on deck. Keep your binoculars ready for minke and humpback whales, as well as the seabirds that are sure to mark our passage.

Mittimatalik is a busy Arctic community in a beautiful setting, a fascinating place to wander. The cultural presentation at the Community Hall is not to be missed—handcrafted goods may be available here too. 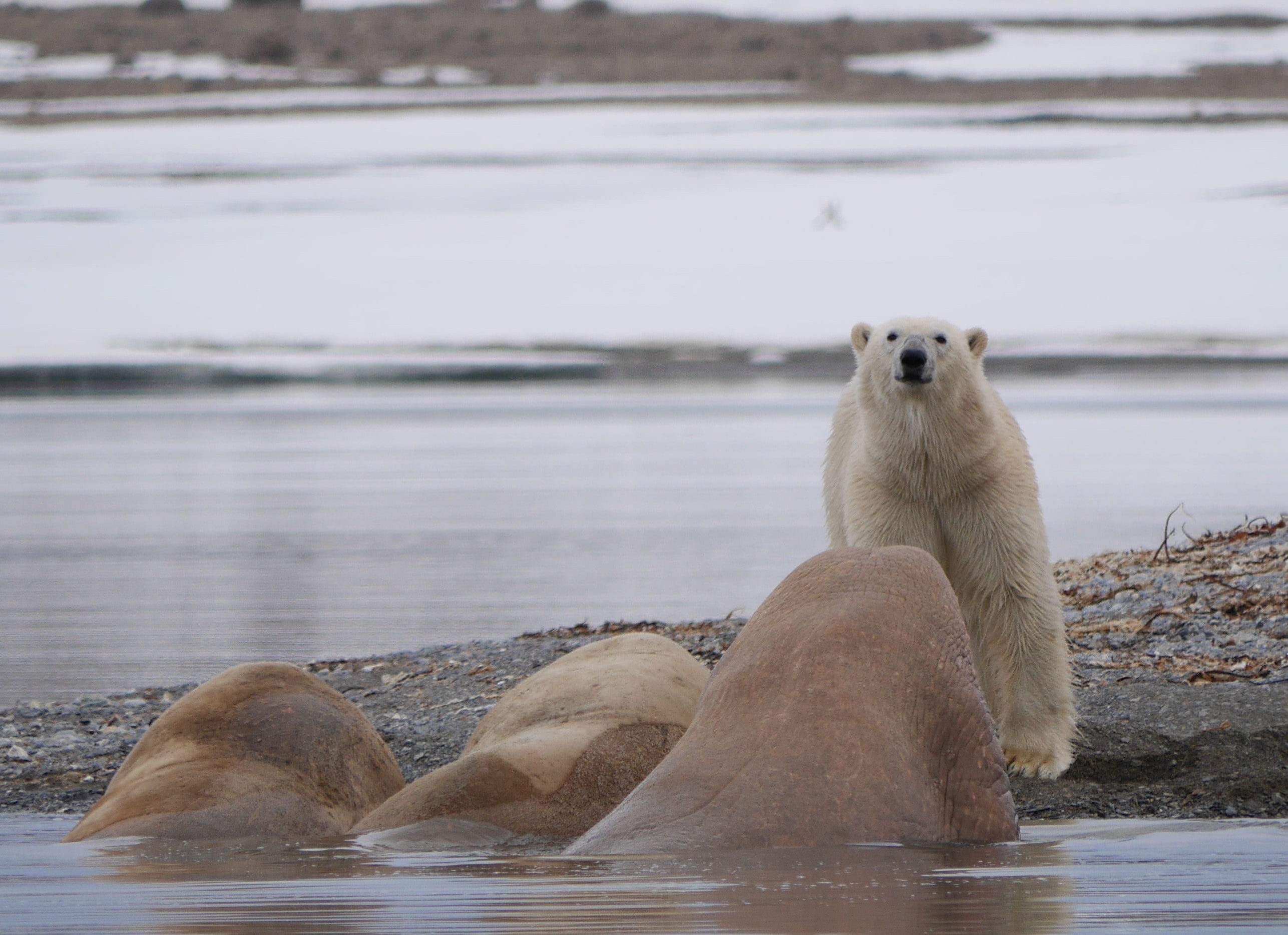 Photo by caterina sanders on Unsplash

We will spend three days exploring Tallurutiup Imanga (Lancaster Sound), one of the newest National Marine Conservation Areas in Nunavut. Narwhal, beluga, and bowhead whales transit and feed in this area. We’ll cruise by ship and Zodiac in search of wildlife.

On the northern border of Tallurutiup Imanga lies Devon Island, the largest uninhabited island on Earth at over 50,000 square kilometres. Flat-topped mountains, glacial valleys, and a substantial ice cap give Devon Island its unique character.

We will hike the tundra, cruise a glacier face, and seek wildlife from ship and on shore. Archaeological sites with expert interpretation allow us to learn about the Inuit history of this now-abandoned island. We’ll visit the remains of an RCMP and Hudson's Bay Company site at Dundas Harbour.

In 1845, Sir John Franklin set out from England with HMS Erebus and HMS Terror, attempting to sail through the Northwest Passage. His crew overwintered at Beechey Island, where three of his men died.

Numerous search parties later used Beechey as a depot and rendezvous. Amundsen, Bernier, and Larsen visited Beechey. Thomas Morgan of the HMS Investigator was buried here in 1854 alongside Franklin’s men. The graves and ruins of Northumberland House are a haunting memorial.

This passage marks an area rich in marine and avian life. Thick-billed murres, ivory gulls, beluga, narwhal, and bowhead whales reside in the ice-strewn waters. In addition to abundant wildlife, we’ll delve deeper into the exploration of the Northwest Passage and mercantile efforts of the Hudson's Bay Company.

The traditional territory of the Netsilik Inuit, the Kitikmeot Region consists of parts of Victoria Island, the adjacent part of the mainland as far as the Boothia Peninsula, King William Island, and the southern portion of Prince of Wales Island. Recently, the Kitikmeot Region has been in the news since the finding of the lost ships of the Franklin Expedition in its waters. It is Nunavut’s least-populated region, though wildlife abounds here both in the sea and on land. We will spend our time navigating the ice-strewn waters in search of wildlife.

We’ll also call in at Uqsuqtuuq (Gjoa Haven) home of the Guardians of Terror Bay. The European name, Gjoa Haven, honours Roald Amundsen, who overwintered in the bay for two years while searching for the Northwest Passage. Amundsen became the first European to cross the Northwest Passage, thanks to the knowledge and largesse of Inuit. The community has an excellent cultural centre and is well known for carvings and wall hangings.

Located at the mouth of the Coppermine River, Kugluktuk is the westernmost community in Nunavut.

Iqaluktuuttiaq (Cambridge Bay), NU, is an alternate disembarkation point, and may be used based on sea, ice, and weather conditions.

Today we will disembark the Ocean Endeavour and make our way to the airport to meet our charter flights to Yellowknife, NT.